With the value of a waste and recycling system now officially recognised by America’s energy and climate legislation there is an opportunity to progress the glass recovery industry roadmap, believes Scott de Fife. 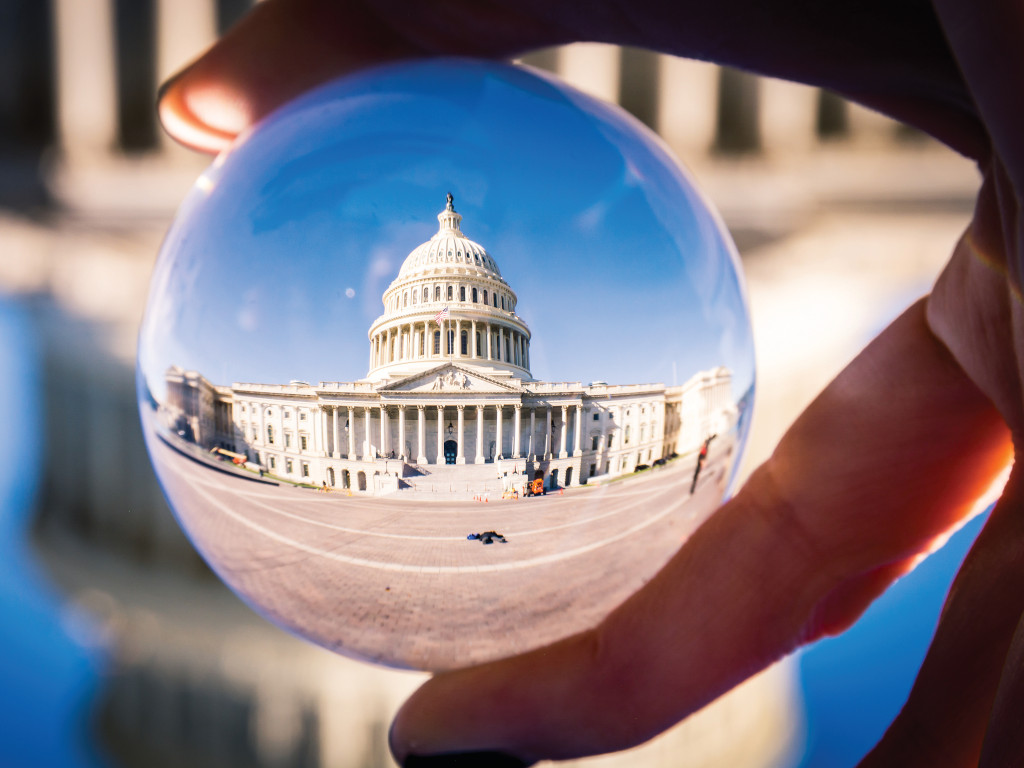 In a previous column in Glass Worldwide, North America’s trade association for the glass container industry the Glass Packaging Institute (GPI) introduced a roadmap framework outlining various paths to a 50% percent recovery and reuse goal for US glass container markets. This roadmap is based on three key areas of work over the next decade: collection and cleaner material streams; more processing access and capacity; and systemic change through public-private partnerships.

These areas are aided by but do not necessarily rely on legislative or regulatory changes at the federal, state or municipal governments. The results of the 2020 national and state elections resulted in an increase of progressive packaging-focused legislation. Some of these efforts may help clear a path for the glass recovery industry roadmap, as outlined below.

CLIMATE LEGISLATION TO INCLUDE RECYCLING

At the national level, in addition to the new Biden Administration’s re-engagement on climate policy and international environmental accords, there exists a narrow margin in the US Congress to enact policy initiatives. While most major (or controversial) issues requiring votes may languish, regulatory changes have an opportunity to be put in place. In the 4th quarter of 2020 the U.S. Environmental Protection Agency issued a recycling and recovery goal similar to GPI’s: 50% recovery of all recyclables by the end of the decade. Despite the change in Administration since the goal was issued, that work will accelerate in 2021.

Comprehensive energy and climate legislation now includes a key concept that GPI has been advancing with other material groups: that the waste and recycling system is worthy of inclusion in legislation to support ageing infrastructure. We have seen more industries coming to realise the need for this investment. In addition, there is a national focus on limiting single-use plastics. While that effort may not pass Congress, it has encouraged several state legislatures to consider similar proposals. GPI is navigating these uncharted ‘packaging waters’ in the US at all levels.

In the US, most jurisdictions rely on single-stream kerbside recyclable collection. By and large, these systems garner low recycling yields due to inefficiencies at the sorting facilities. For glass processors, this can mean as much as 30–50% non-glass residue (NGR), alongside other recyclable, non-recyclables and solid waste provided to them as ‘recycled glass.’

As a result, the glass container industry derives a majority of furnace-ready cullet from the ten states (California, Connecticut, Hawaii, Iowa, New York, Massachusetts, Michigan, Maine, Oregon and Vermont) that run container deposit schemes. These source-separated recovery programmes are a close equivalent to the bottle deposit programmes throughout Europe and the Canadian provinces. Nearly all ten of these states are considering some revision or expansion of their beverage container deposit law, through an increase in the deposit, or expanding the beverage categories covered. Grocery and similar retail outlets are pushing back on these expansion proposals, alongside many waste hauling companies.

Not coincidentally these same states form the base of jurisdictions considering some form of Extended Producer Responsibility (EPR). There are notable new states considering EPR rather than beverage container deposit this year – Washington and Maryland – which along with New York and Oregon have made the most progress and may achieve passage. In Washington the proposal has been scaled back to target EPR for plastics packaging only. In New York and Oregon, the EPR proposal encompasses all packaging not already in a beverage container deposit programme.

For New York and Oregon there will be windows of time for product groups that could be included in the beverage container deposit programme to be added, rather than placed in a new EPR system. At the municipal level the industry is working diligently to educate and assist local government leaders so they may have a better understanding of the commercial waste markets. With this knowledge they will be in a better position to construct contracts that increase glass collection and more efficiently aggregate recycled glass, for example at transfer stations and outposts.

GPI continues to actively engage in all of the federal, state and municipal level activity involving the glass industry. The trade association has taken leading roles in coalitions and cross-industry collaborative efforts with customer food and beverage brands to devise a smart, efficient system that preserves and enhances the market for glass containers and protects against efforts to have glass and other core, circular packaging charged disproportionate fees in contrast to plastics and other less recycled packaging.

GPI is urging eco-modulation of any fee scheme to credit glass for its positive sustainable qualities, recyclability and recycled content as well as its lack of toxic substances in the waste environment. The association is also engaged with proponents of minimum recycled content mandates, as part of its work in support of roadmap options by prioritising keeping glass out of landfills.

Is Your Company A Member?

If you are an employee of a GPI member company, we invite you to set up an online account below to access your profile, register for events, gain access to members-only content, and more.

The members of GPI invite and encourage you to join! By working together, we can achieve our mission to maintain and enhance our industry as a whole. All membership applications for GPI must be approved by the Board of Directors.